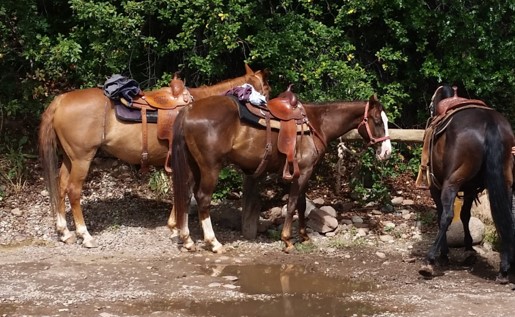 This might be an image you expect to see in Colorado. Horses tied up to a rail outside a saloon while their riders are inside refreshing themselves. 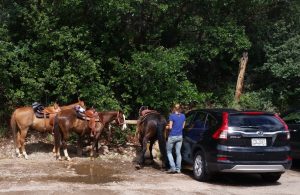 But what you might not expect to see is those same horses blocking you from getting into your car.

It does put things into perspective for sure.

As some of you readers may know, my second novel travels back to "The Old West" – into the past life of my characters, Paige and Griffin. When writing it, I never could pinpoint the exact location they lived in and traveled to. In fact, I liked leaving it a little vague, primarily because past life memories are often quite vague.

Yet now that I live in the "West," I'm motivated to explore a little into the world of Paige and Griffin in the late 1800s. See if I can find the cave with the view outside of town where they played together as children. Or the larger town Paige (as Penny) lived in with her aunt.

I know – these were places conjured from my imagination. 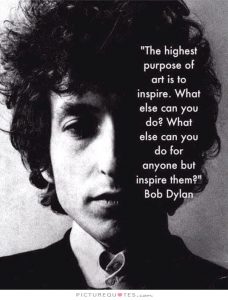 Who knows where inspiration comes from. Literally defined, Inspiration means "to be infused with Spirit." So maybe…? Who knows, really. Okay, I know "who." Got that part right.

Since I'm on an "Old West" theme today, here are some songs that make me think about the Old West, several of which are referenced in my DUET stories book.  And since it was just Don Henley's birthday recently, it's a nice idea to honor him.

I'm choosing the Linda Ronstadt version of this song for a few reasons, but mainly because I loved hearing Don Henley talk about how gracious Linda was at the beginning of his career.  (See below for the documentary "History of the Eagles). And I mean – listen to her pipes. Incredible.

And to diverge a little bit – the live version of Hotel California is absolutely brilliant.