Living in a Cave 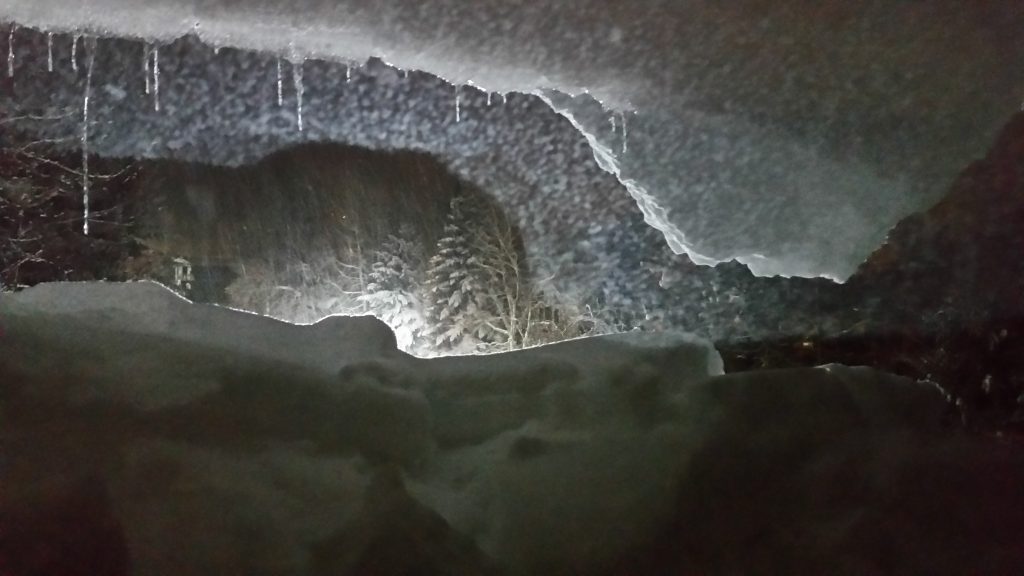 I've been bragging all over the place that I can just open my eyes and see Ajax (Aspen mountain).

And while I still can, a most intriguing obstacle has developed.

My building has a top roof and then a second overhanging roof.  In between are the windows from the loft where my bedroom lies.  With so much snow happening lately, there are huge drifts on the top roof that overhang and mounds of snow developing on the lower roof. The effect is in this picture – a feeling of being enveloped in an ice cave.

It's kind of cool.  (Pun partially intended). Actually, it has no effect on my warmth or comfort, but it does produce an oddly mysterious effect.