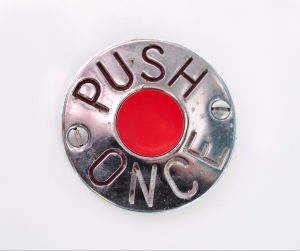 Yesterday I talked about the so-called Law of Attraction – and how it isn't so much a "law" as so many people would like you to think. In fact, it often doesn't work at all. And that there are other "laws" that have a lot more influence in our lives.

This was all written as a set-up to a blog I've written about "Positive Pessimism" – but the more I think about that message, the more I realize it needs another precursor blog.

The "law of attraction" suggests that "ask and it shall be given." As I said yesterday, good luck with that. I hope it works for you. And like anything with basic odds, it definitely should work sometimes.

You'll be on your way up!
You'll be seeing great sights!
You'll join the high fliers
Who soar to high heights.

You won't lag behind, because you'll have the speed.
You'll pass the whole gang and you'll soon take the lead.
Wherever you fly, you'll be the best of the best.
Wherever you go, you will top all the rest.

Except when you don't
Because, sometimes, you won't.

I'm sorry to say so
but, sadly, it's true
that Bang-ups
and Hang-ups
can happen to you.”
—-

So – unless you have some magical super-human wish-fulfilling power (or have chosen an easy-breezy life with no lessons or travails) – you've had some bang-ups and hang-ups. Some of us have had more than our share, while others have it easier. It's like some people have come to Earth School and decided to take the easier courses and party more while others went for a more strenuous and perilous advanced degree.

But where does the Law of Attraction/De-traction fit here? Do we also attract "bad things" like failure and disease and problems?

Without giving away the plot of my book Five Reasons Why Bad Things Happen – there are, yes, Five Reasons to explain "bad things."

And while the Law of De-traction isn't exactly one of them, in a way it fits into all of them. You see, we can also push away things that we want by wanting them too much. Yes. I'll say that again. We can push away the things we want by wanting them too much. I'll call this the Law of Anti-Attachment. The more we want something, the more elusive it can become. It's not really a "law" – because if something is a "law" it would happen all the time, every time. Unless there's a higher law.

I've been working on a companion book to my Five Reasons Why Bad Things Happen book which will be entitled Reasons Why Good Things (Do or Do Not) Happen. It's becoming a quite interesting topic to research. For now, let me just say that this "law of anti-attachment" concept will be discussed.

This "pushing away" concept happens in a variety of ways for several different reasons. Sometimes we envision something to be the panacea to solve all our problems when, in fact, it could create more problems for us. Maybe we're being saved from a future disappointment (or worse). Like if my script wins the contest but then never gets produced. Or worse, it gets made and butchered with the deeper message being lost – and ripping up my opportunity to write anything else.

Maybe if we get that "thing" we'll be taking on some aspects that we won't enjoy. For example, we might get that fancy car and then find out the maintenance is maddening. Or we're more likely to get a speeding ticket or into an accident.

And maybe we just need to learn detachment. As a devotee to Anthony de Mello, I agree that our attachments are our source of unhappiness. We get that fill-in-the-blank and then are devastated when we lose it. Or when it doesn't live up to our expectations.

So subconsciously we push it away. Caroline Myss is quoted as saying, "You are as afraid of becoming empowered as you are of becoming disempowered." Why? Because we're afraid of the change that happens as a result.

So we push it away.