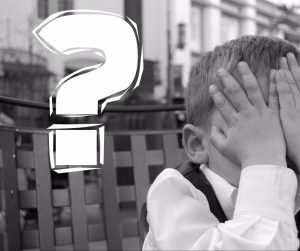 So what happens after one decides to pursue a life of Positive Pessimism? What are the options?

Like any new concept, it takes a while to take hold. To immerse in your life. It's like a new outfit or pair of shoes – at first it feels like the perfect purchase, but once you start wearing it, your body has to adjust.

One of my favorite concepts in JK Rowling's books was the spell that made things multiply when you touched them. It's a great metaphor for so many things. As soon as you touch on a new concept, thinking you have the answer, more questions pop up.

Here are some of the questions that have been floating through my noggin for the past couple of days.

How much does a soul weigh when it becomes devoid of hope?

If failure is not an option – it's the only path forward – then what do you "do?"

Is the only solution to "give up?" What does "giving up" mean to you? To me, it means "releasing to a higher power." To give your problems – or path – to God (or whatever deity calls to you).

I just finished listening to two of Carolyn Myss' books – one on Archetypes (which I think I'll write more about later, since it's a lot deeper than my previous posts on the topic) and one on Soul Contracts. While I don't agree 100% with everything Myss says (mainly when she uses the words "always" or "never ever," her philosophies align with mine – and they also add some depth and dimension I hadn't considered. And that's always good. It's even good to disagree from time to time. Helps reinforce and clarify my own vision.

So, what would Caroline say about "Positive Pessimism?"

She'd ask if this related to a Soul Contract – something I signed up for in advance. I'd say, "absolutely." I've been trying to learn detachment and Positive Pessimism is the ultimate in detachment. I'm 100% certain that this is a lesson I'm trying to learn. To immerse myself in. To wear this outfit even when it feels uncomfortable and I'd rather put on something more familiar.

She'd also suggest "Surrendering" which is bascially the same as "giving up." She says that the ultimate challenge is to release your will to God. To get in alignment with the Divine.