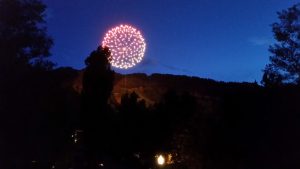 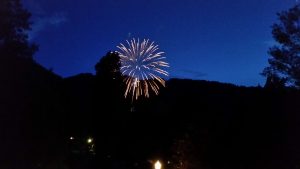 Yesterday was the Fourth of July. Independence Day.

Symbolic for Freedom and Independence.

I won't get into politics here, other than to say that I believe in peace and love. You can figure it out from there.

When I told friends I was coming to Aspen alone, many of them couldn't imagine it. Leaving behind friends and familiarity to go somewhere I didn't know a soul. As I said in my post on change, there were a lot of reasons. And one of them was to celebrate Freedom and Independence. 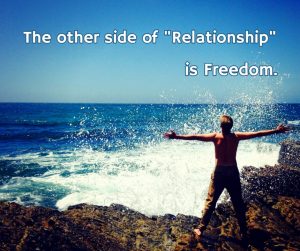 I've always said "the other side of relationship is freedom." So many single people lament their lack of a partner, but they fail to see the incredible freedom that goes with it. Loneliness, you say? I would counter with the quote attributed to Amelia Earhart: "Being alone is scary, but not as scary as feeling alone in a relationship."  Or Robin Williams' "I used to think that the worst thing in life was to end up alone. It's not. The worst thing in life is to end up with people who make you feel alone."

As Dr. Seuss suggests in his classic, Oh, The Places You'll Go!, “All alone! Whether you like it or not, alone is something you'll be quite a lot!”

So yesterday (and every day) I'm celebrating the freedom and independence that allowed me to move to Aspen.  And, in the spirit of the holiday, here are some pictures I took. There's nothing like being in a small town, seeing people of all kinds and ages celebrating the holiday! 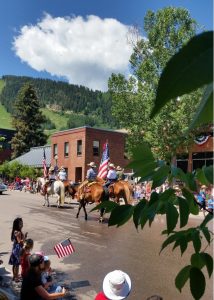 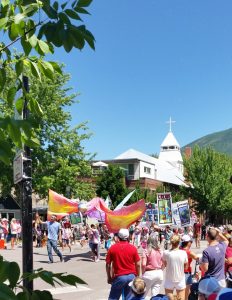 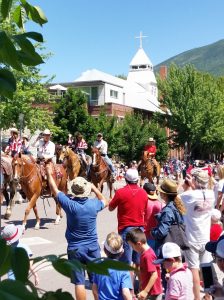 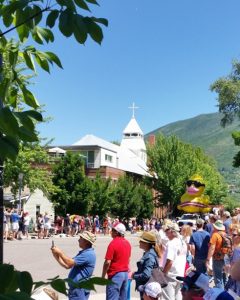 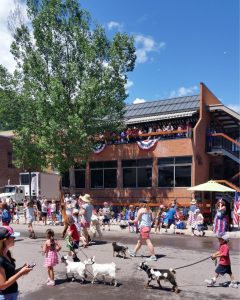 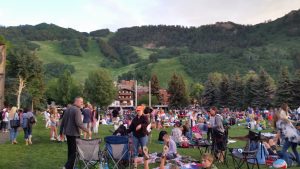 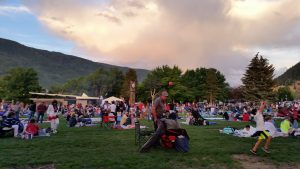