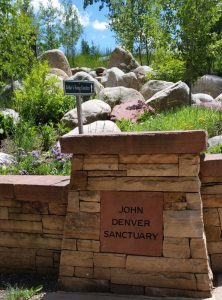 I can't be in Aspen and not think of John Denver.  Although the "Almost Heaven" lyric is talking about Western Virginia (and West Virginia) and not Colorado, it seems like an appropriate title for this blog in tribute to the singer/songwriter and actor.

I'd like to start with a couple of personal stories about John Denver. The first is the time I spoke with him. Yes, really. It was my Sophomore year at the University of Georgia, and (to steal from another blog title), I remember it well. I had a friend I'd met the previous summer who'd been seriously hurt, and I wanted to do something for her. Sally had been jogging and tripped over some kind of city plumbing pipe jutting out in the sidewalk; her jaw was broken and had to be wired shut for months.

She was a huge John Denver fan, so I sought out his fan club and reached out to him. I told him what a big fan she was, and how much it would mean to her if he could just call her. He called me first, giving me a thrill – and filling my heart with love for him as a person, beyond the music I already enjoyed. And, needless to say, it meant a lot to Sally, too.

Another of my John Denver stories is a memory I had of when I was in high school and used to go to a place called "The Ground Round."  It was a fun restaurant/bar that often had a singer singing live music. Every so often, I'd join in and sing backup, including "Country Roads" and "Rocky Mountain High."  Such a lovely memory. Now, when I listen to the songs, I still sing harmony.

There's a park here in Aspen called the John Denver Sanctuary. I visited it today – it's quite a sight. Hope you enjoy these pictures – and the songs below. 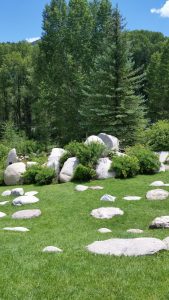 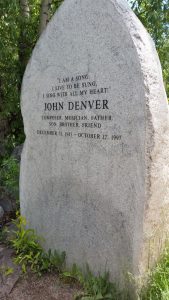 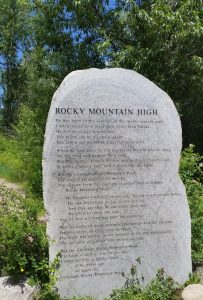 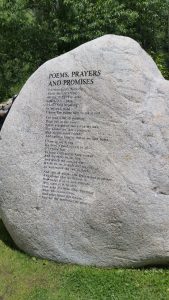 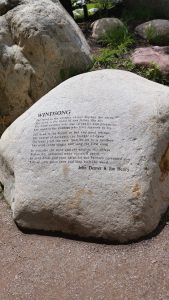 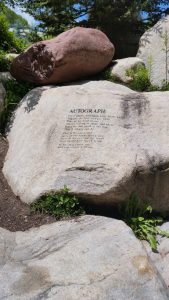 And don't forget – one of my favorite movies of all time.  I can't find a full video of the scene I love the most (in the hotel room where God answers the questions), but there is a small (but important) clip, with an article on the topics covered – and some others: