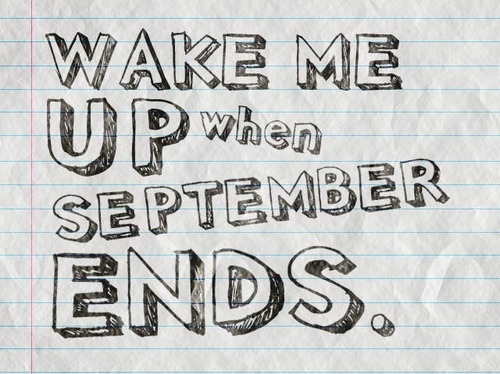 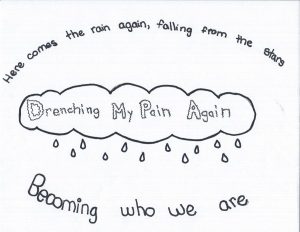 This song is especially poignant. While the video (below) also has it's own message, it actually doesn't fit the song's original meaning. I'm not sure why they changed it for the video. Perhaps it was still to "raw" a memory.

The song actually was was written by frontman Billie Joe Armstrong regarding the death of his father.

The meaning is especially profound to me, not only because yes, this is the end of the month, but also because eight years ago my father had the stroke that eventually killed him on September 30.

I also relate to the lyrics here because of the emotion generated by the thought of sleeping away time. I had one particular time in my life when I wanted to "fast-forward" my life. To get past the pain. To have already endured the obstacles I saw before me.

I believe I've talked about Fred Alan Wolf's "The Yoga of Time Travel" before – one of my favorite books – that talks about the perception of time and how to alter it.

Einstein's view on time established that it is, indeed an illusion. There is no time in the universe. The best explanation my minimalist brain can conjure is the way we can go to sleep and slip into a dream that fits an entire movie into a minute or less.

Just as life can change in a split second.

Wake me up. When September Ends.