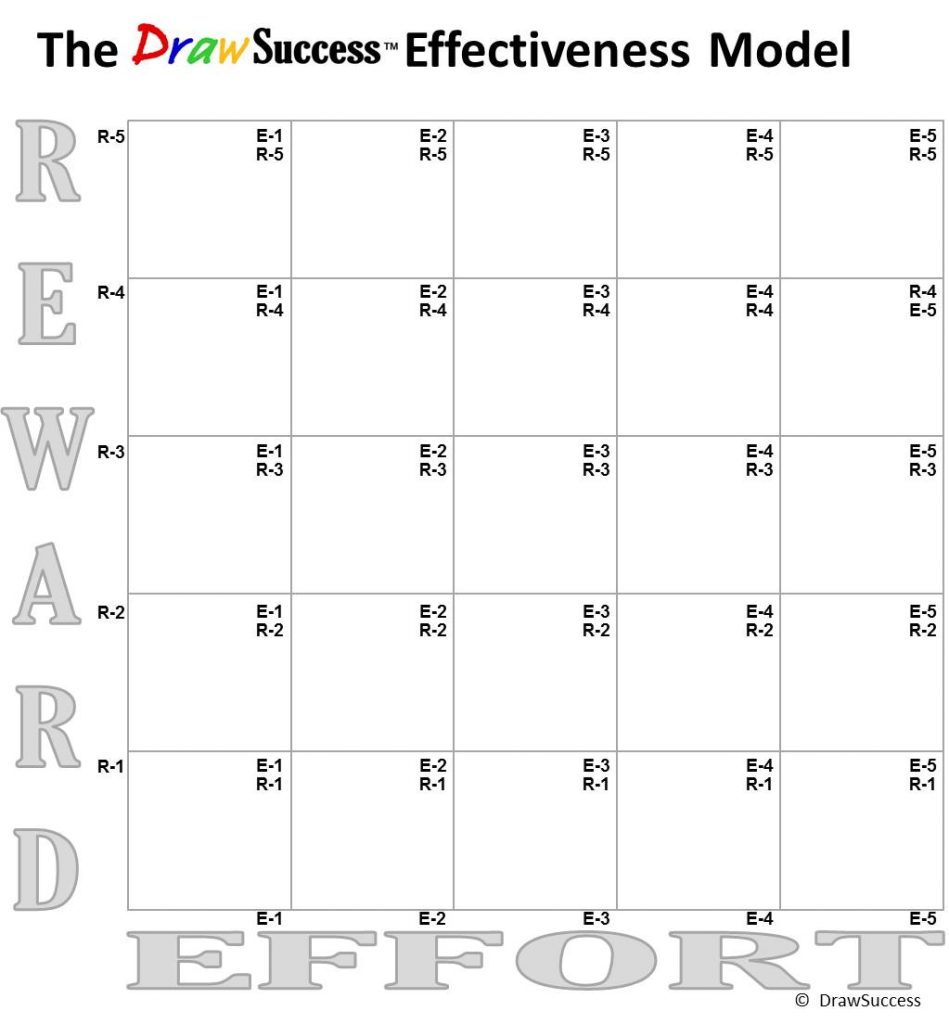 Some days (or weeks or months or projects or relationships) feel like an uphill battle. Like we're trudging along, taking one step after another but never seem to get to the top. It's more like a treadmill or stair climber than a hike.

One of the most profound quotes in my children's book says, "It doesn't much matter if we get to the top. What matters much more is what we do when we stop." 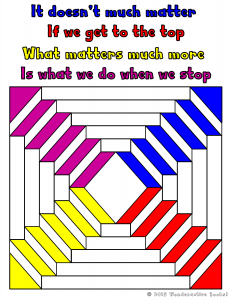 While I still assert that's true (and confess it's one of my biggest lessons), it's still important to strive for something.

I was talking with someone the other day who said to just "be" and stop trying to "do." She even suggested I write a book about "just being" with no attachment to the outcome.

While I understand and appreciate her intention and advice, and acknowledge that I do, indeed, have an "attachment to outcome," I also believe in having goals. And that those goals should have some relationship to the amount of effort exerted.

I created this graphic for my DrawSuccess program. The goal is to look at our tasks and projects (and really just about anything we do) and plot it from a scale of 1 to 5 on Effort and 1 to 5 on Reward. (There's a complicated microeconomic formula, but you get the gist). It helps you realize when you're laboring in the "E5-R1" box. You know, the things that you do that take enormous effort but the reward is abysmal.

The goal is to (a) identify these things and then (b) figure out ways to either increase your reward or decrease your effort.

I'm sure I'll write more on this later. For now, it should give you something to think about.