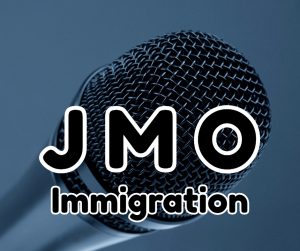 As this is my blog, and I honestly have no idea who is reading it anyway, I'm going to depart from my "vision/purpose" for the blog (to chronicle my life in Aspen) and share some of my suggestions / solutions / views about current issues facing our country and the world. Be aware: This series includes criticism about both political parties.  (Note that I won't dignify a certain person by using his title or name. I think you know who "Dumpster" is.) It also includes a "higher level" perspective.

Agree or disagree, it's up to you. I just have to get my thoughts out to the Universe.

Before we get into this discussion, let's remember what this country was founded on – freedom of religion, freedom of speech, and the melting pot of immigration. So if someone reading this thinks "we" should exclude people based on these reasons, you are the one who needs to leave, not "them."

Now, onto Immigration and "The Wall:" Building a wall is the dumbest idea ever. As a platform for the election, it brilliantly, if not sickeningly, inflamed the ignorant, racist masses. But as a solution? Dumb dumb dumb. First of all, we have walls and border patrol. Secondly, walls don't keep people out. Third, it's not only anti-American and anti-Christian (coming from the Antichrist, that shouldn't be a surprise), it's anti-human.

Oh, yeah, and who's gonna pay for it again? Hmmm?  (Whoever believed Dumpster's assertion that Mexico would pay was drugged on some severely tainted orange kool-aid).

I'm not saying we don't have an issue with illegal immigrants in this country. We do. Illegal anything causes problems for everyone. (More on that below). I'm just saying that keeping them out via a wall that costs us – taxpayers – a ton of cash is sooooo stupid.

It's just as stupid to spend taxpayer money – nearly a billion dollars a year – offering bilingual education that effectively keeps kids from learning to speak English.)

I've seen and agree with the data that says how important these "workers" are to our economy. We need these people. We just need a way to make them legal – to stop hiding and start paying taxes.

Being illegal sets up a mindset. Not only does it separate "them" from "us," it also subconsciously implants a mentality of illegality. Not good.

So, what is the solution? A simple plan to make these people LEGAL. Here's my plan.

Rationale: The more these people (forgive me for using this phrase, but I don't know what else to say to distinguish them other than calling them immigrants or illegals, neither of which is really accurate – or respectful) stay separated – by being illegal and by not being able to speak English.

Before I get a lot of backlash about their rights to speak their home language, here's my rebuttal. They can speak whatever language (or perform whatever rituals) they want in their own homes. I couldn't care less. I am saying that my plan to get them to speak English is for everyone – including and especially them. By not speaking English, they are limiting their own opportunities. By failing to integrate, by perpetuating the separation, they're inviting discrimination. And even though discrimination is wrong, it's real.

And let's be honest. We need more ways to unite – not divide.

As far as money goes, here's my POV. Yes, I know that a lot of illegals do pay taxes. They pay sales taxes, of course, and they also have withholding from the false Social Security cards. And, no, I don't know how much more revenue the IRS would collect by making them legal. I'll let the experts sort that out. But it's pretty obvious that there would have to be additional revenue by making them legal taxpayers. And yes, even if we have to spend some money to enable this plan, we'd also save a ton on the expenses for bilingual education and communication. So it's bound to be a positive impact on the economy.

Liberals will whine that these people need to be able to keep their language and culture. I don't argue with that – but I don't think we should perpetuate their limitations by paying for the language separation. Spend money to unite – not divide. Spend to offer opportunities for growth and integration – not to continue limitations.

What would the "conservatives" say to this plan? I honestly don't know, because I can't understand their logic. And I can't understand their logic, because their opinions (from what I've seen) aren't based on facts at all. Dumpster wants to separate and inflame the population. That's not good for anyone – except him and his buddy Putin (who thrives on civil unrest). Their argument about jobs is unfounded, since the jobs immigrants take aren't the ones they want or are willing to do. (More on job creation in a future post). If there's a reasonable, logical reason for their wanting a wall (other than for some rich people to make a ton of money building it – and probably hiring illegal immigrants to do the manual labor!) – please comment on my Facebook page.

Look out for future posts on: