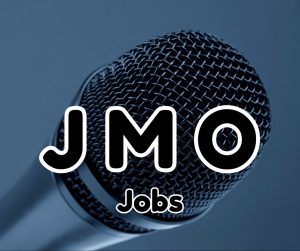 In a previous post I talked about how I used to be a Young Republican – before there was so much blatant corruption in the party. One of the big reasons was that I believed in supporting business in order to create jobs instead of paying people not to work.

First, let me propopse something clearly. Something RADICAL.

I BELIEVE it should be the responsibility of the government to produce an economy so that there are enough jobs to support the everyone willing and able to work.

Here's another one: I belive it is (or should be) the responsibility of the education system to teach the subjects and skills that fit the needs of the marketplace. To educate people to fill – and keep – the jobs needed now and in the future.

What do I mean about "and keep?" Let me be clear about one of my firmest beliefs: People get and take jobs based on skills and specifics. But they lose and leave jobs based on people and relationships. What does this mean?

Let me say it again. People get and take jobs based on skills and specifics. They get a job if they have the qualifications to do the job, and they take a job based on the salary and benefits and other specifics.

And they lose or leave jobs based on people and relationships.

Let's break it down. You get a job making widgets if you know how to make widgets. You take a job making widgets when an employer pays you a fair wage (and other benefits) to make those widgets. Want to make more money? Make better – or more widgets. Or make something else with your special skills and experience and education that produces more income than widgets. Economics 101.

But what about the second part? That people lose and leave jobs based on people and relationships. Let's break that down, too.

You might be great at making widgets. But what if you come in late, leave early or take a lot of breaks and don't make as many widgets per hour as what they're paying you to do? Or what if you're difficult to work with? If you yell at your fellow employees? If you make a pass or snide comment at a co-worker who now can't do her or his job because of you? Or vice-versa? What happens then? You – or they – leave (or are asked to leave), and the employer has to lose productivity due to the problem and then they need to spend time and resources to hire someone else.

So, what should be done? What are some solutions?

Note that I did NOT say that it's the role of the government to employ these people directly. For the most part, I'm in favor of capitalism and not in government employment. Capitalism (when it's not corrupt) works better. It allows for independence and competition fair pricing. I'll repeat: when it's not corrupt. When big-money doesn't "buy" politiicans who vote to keep the rich people richer – especially at the expense of the future of the country.

We need to fix the wage gap.  Give companies incentives for keeping the wage gap below X times the average worker. This not only "spreads the wealth" – it also makes the company healthier. Paying a CEO more doesn't make the company wealthier. Stock options are fine – at current market rate. Having employees making a higher ratio helps the overall economy. It also promotes longevity and loyalty.  (See previous post on the Wage Gap).

Note that my assertion at the top of this post says, "support" everyone willing and able to work. It does not say "live a life of luxury" on minimum wage. It doesn't mean a luxury apartment, state-of-the-art cell phone, widescreen TV, and $100 sneakers.

On raising the minimum wage: We have to keep in mind the impact on small business owners. I know when I had my restaurant I DID pay my workers way over the minimum wage – but there was no way I could afford to pay them $15 an hour. (To put it into perspective, this was over 10 years ago). I would have gone out of business much sooner than I did! I'm not sure of the solution, but to expect these mom-and-pop businesses – especially restaurants and small retailers who struggle enough as it is – to pay their employees an inflated rate for the work they deliver isn't the answer. A lot of "liberals" might argue with me on this – but they're not seeing the bigger picture. Like all the small business owners who risk everything day in and day out (and work a LOT more than 40 hours a week) that would go out of business if the minimum wage gets raised too high to sustain the business.

Some of the advocates for increasing the minimum wage exclaim, "just raise your prices to cover the increase in wages." This is another naive claim. Most small businesses are under enormous pressure to stay competitive vs. the "big guys" as it is. Their margins are already a fraction of the chain stores, who have enormous buying power. So when minimum wage is increased too high, be prepared for (a) a lot of small businesses to go out of business, putting more pressure on the job market and (b) a lot more chain stores, which usually offer lower quality, highly processed foods/products and fewer healthy/quality options (often originally made in countries with lower standards of employee care, pay and benefits).

And there goes not only the middle class (of which a large proportion includes small business owners), there also goes the opportunities for people to go into business on their own, forcing them to find jobs instead of building their own American Dream.

I know this will be controversial to soooo many people, but so be it. If you can't afford to have a widescreen TV without putting it on a credit card, you probably shouldn't get a widescreen TV. If you can't afford to have children, you shouldn't have children. One person – or an entire economy – shouldn't have to pay for another's indulgence. We shouldn't expect a small business owner to pay an hourly worker enough to afford a 2-bedroom apartment on their own. While I agree that everyone should have a safe and clean place to live, not everyone at the lowest wages should feel entitled to live in luxury.

I stated that it's the government's responsibility to produce an economy so that there are enough jobs to support everyone willing and able to work. But what about…?

… Those unwilling or unable to work?  Not everyone is "employable."

Some are unwilling. Many people think they "deserve" higher-paying jobs than they are willing to work for. And by being willing to work, I mean not willing to be educated, not willing to risk, not willing to work harder or longer. People are physically and mentally capable, but who have a sense of entitlement, who expect something for nothing. Sorry – no sympathy for them. No taxpayer money to support them. Want to get re-educated? Learn a new skill to prepare you for future employment? Want to go out on your own and start a business? Great. Yes. I support those programs 100%.

Some of these "unemployables" don't have the emotional intelligence to get and keep jobs. I've addressed this issue with solutions above.

And some are delusional and living in the past. They seem to think the same jobs that were around 20, 30, 50 years ago should come back for them. Not sure what to do about any of these people. But I do know it's unfair to expect the government/taxpayers to support them. I'm all for programs to help them get re-educated. For sure! But to think that our economy will go back to horse-and-buggy days is not going to work.

What about immigration? Don't forget – we wouldn't have illegal immigrants if there weren't jobs for them. If citizens wanted those jobs, they wouldn't be available to the illegals. (Except in the situations where the employers are trying to get away with breaking the law so they can pay people below the minimum wage or without benefits. And these employers belong in JAIL.)

So – if the government has 200 million employable people and 200 million jobs, then the question is – how are those jobs allocated? What happens to the jobs that "no one wants?" I think I've addressed some of these. I'm sure there are more solutions I haven't considered. And probably more challenges, too. But this proposal is at least a start.