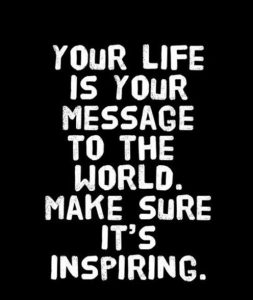 I've had a lot of people asking me what I'm doing here.  I want to reply, "Why I'm here on the planet?  Or why I'm here in Aspen?"  Or do they want a more specific answer, like, "What do I do every day?  What do I do for work?"

I'm not sure if this post wil answer – or prompt – more questions, but here's an attempt.

First, I was able to move here because I inherited a little bit of money and wanted to use it to enjoy life, even if it only lasts a year.  As I told my financial advisor, "I'd rather live 5 years living a life I love than 25 years in mediocrity."  Does that sound irresponsible?  Or enlightened? I don't know.  And I don't really care what anyone thinks.  It's my life to live.  As I explained in a previous post, I started this year thinking I wouldn't live through the rest of the year.  If that's not an incentive to go out and "live life" I don't know what is.

So I'm "giving up" the attachment to earning income.  I've struggled financially for so many years, so now that I can breathe, at least a little, I will.  Besides, my definition of "giving up" isn't how most people define it.  To me, it's "releasing to a Higher Power."

That doesn't mean I'm not also doing my part in co-creating my reality.  I'm just not worrying about the outcome.  As one of my favorite philosophers/teacher Anthony de Mello would advise, I'm releasing the attachment.  And I agree with him that attachments are the source of unhappiness.  So, now I'm "working," which means that I'm still doing what I do – writing, inventing, creating, helping.  I'm just not going to freak out if what I'm doing doesn't produce an income.

Paradoxically, it could just end up being that by releasing this attachment/fear, I might actually open more doors to success.  Who knows?  And though it would be nice, I also say, "Who cares?"

For a more specific answer to the question in this post, other than working on this blog, I'm working on the script for a movie screenplay.  It's VERY exciting!  And, like just about everything else I do, it has the potential to change the world.

So, on days like today (this picture was taken this morning, even though I could still be outside enjoying the day (and I will, later), I can enjoy life through writing.