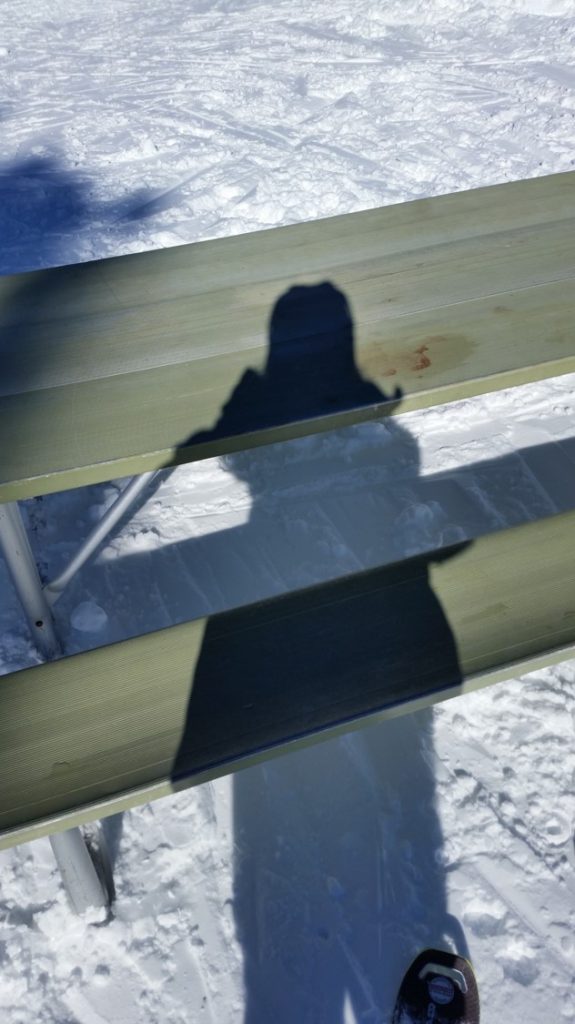 I'm not a big fan of selfies – of myself especially.  So this might be the only one you'll get.

Interestingly, it symbolizes what Jung called the "Shadow Self." Stolen from Wikipedia, here's a definition/description: In Jungian psychology, "shadow" or "shadow aspect" may refer to (1) an unconscious aspect of the personality which the conscious ego does not identify in itself. Because one tends to reject or remain ignorant of the least desirable aspects of one's personality, the shadow is largely negative, or (2) the entirety of the unconscious, i.e., everything of which a person is not fully conscious. There are, however, positive aspects which may also remain hidden in one's shadow (especially in people with low self-esteem). Contrary to a Freudian definition of shadow, therefore, the Jungian shadow can include everything outside the light of consciousness, and may be positive or negative. "Everyone carries a shadow," Jung wrote, "and the less it is embodied in the individual's conscious life, the blacker and denser it is."[2] It may be (in part) one's link to more primitive animal instincts,[3] which are superseded during early childhood by the conscious mind. 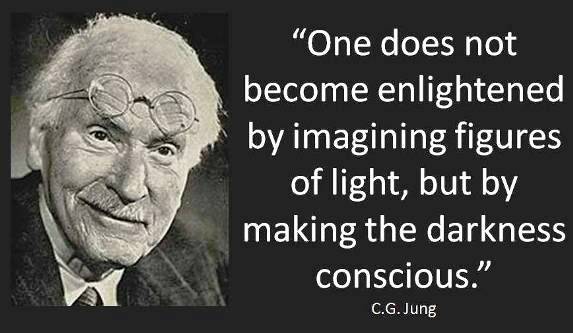 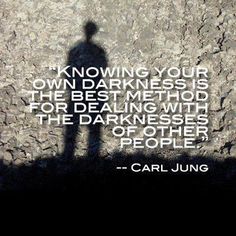 According to Jung, we all have a shadow self. The key is to know that and address it. The quotes here offer some guidance.

For me, yesterday was a day of shadows and clouds. Skiing is a good metaphor. When the sun is shining, the shadows are more defined and it helps you recognize the ups and downs, the "gooves" in the snow. But when it's cloudy it's monochromatic, which is a lot more difficult (not to mention boring) to maneuver.

It's like living a life of mediocrity instead of one where you challenge yourself. Change and conflict help you see the light.